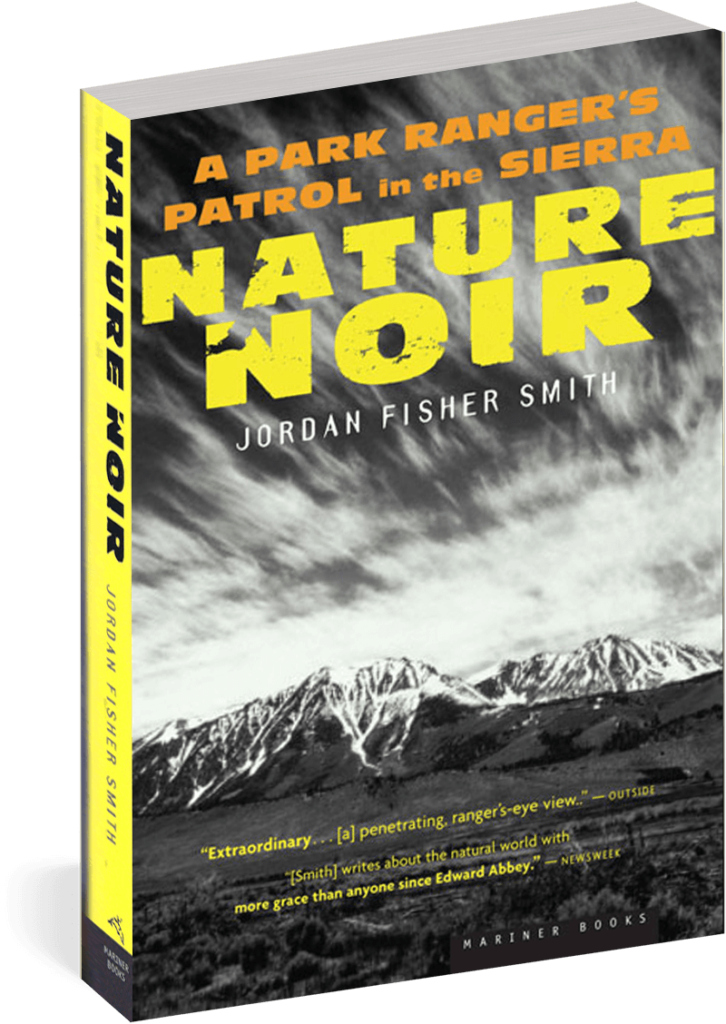 In 1962, the federal Bureau of Reclamation presented Congress with a proposal to dam the north and middle forks of the American River, on the west slope of California’s Sierra Nevada range. As construction began in 1967, the government bought out or condemned previous landowners, depopulating 48 miles of rugged, spectacular canyons that were to be inundated. But the dam ran into trouble on multiple fronts. Completion was delayed, squatters and gold miners resettled the canyons, and the area became a lawless Wild West. The Sheriff of Placer County refused to continue to answer calls there. Sweeps by the US Marshall Service failed. In 1977 a group of park rangers—who thought they’d spend their careers guarding ancient redwoods, beaches, or jewel-like mountain lakes—were sent into the American River to restore order. Nature Noir follows them through a series of criminal and death investigations on condemned ground, in the shadow of the dam that has still not been completed today.

“This is a walk in the woods like Thoreau never imagined. I can’t make up my mind whether Jordan Fisher Smith is John Muir at the crime scene or Elmore Leonard with a backpack. In any event, this astonishing book, with its brilliant interweaving of murder, irony and natural history, invents a new genre.”
– Mike Davis

“[Smith] writes about the natural world with more grace than anyone since Edward Abbey.”
—Newsweek

“Powerful with its intimate knowledge of place, Nature Noir achieves an even deeper mastery with its affection for the people and human histories of that place. Care and respect for a wild landscape attend to every page of this book.”
– Rick Bass

“Nature Noir marks the debut of a terrific new nature writer, one whose penetrating, ranger’s-eye view of the Sierra Nevada recalls the plainspoken timbre of Edward Abbey and David James Duncan.”
—Outside

“A wonderful antidote to the treacly Ansel Adams image of our parks.”
—Wall Street Journal

“Eden had a snake, Yosemite Valley has a jail, but most nature writing is barricaded with omissions to make it just another gated community, one that Jordan Fisher-Smith’s powerful Nature Noir bursts open for readers. Thus it is he defends victims of domestic violence as much as violence against nature, which might not be separate things after all.”
—Rebecca Solnit

“By turns funny, poignant and surprising . . . an intimate memoir of the career of a park ranger. Not just any ranger, but one with a wicked pen, patrolling a doomed landscape … vivid.”
— Seattle Times

“Nature Noir is by far the best book written by or about the modern park ranger I have ever read.”
—The Bloomsbury Review

“Smith tells engrossing stories [and] offers a fresh perspective on our threatened environment . . . Nature Noir reflects the spirit of an era as did Desert Solitaire.”
—Charlotte Observer

“Not only an electrifying tale of bringing the law to the wild west in the 1980s and ’90s but also a graphic piece of writing from someone who has learned his craft from the royalty of American naturalists: writers like Gary Snyder, Aldo Leopold and Edward Abbey.”
—Buffalo News