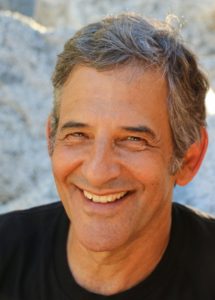 Jordan Fisher Smith spent 21 years as a park and wilderness ranger for the Forest Service, National Park Service, and California State parks in California, Wyoming, Idaho, and Alaska. He is the author of the ranger memoir Nature Noir, which was a Wall Street Journal summer reading selection, San Francisco Chronicle Best Books of 2005 pick, and an Audubon Magazine Editor’s Choice. His second book Engineering Eden: The True Story of a Violent Death, a Trial, and the Fight Over Controlling Nature, won the Silver Medal for nonfiction in the 2017 California Book Awards and was longlisted for the 2016 PEN/E.O. Wilson Award for Literary Science Writing. Jordan has also written for The New Yorker, Men’s Journal, Aeon, Discover, and Orion, and his magazine work has been nominated for awards from the American Society of Magazine Editors and the American Association for the Advancement of Science. Jordan is a principal cast member and narrator of the film “Under Our Skin,” which was shortlisted for the 2010 Oscar for Best Documentary Feature. He lectures, teaches writing workshops, and coaches writers on their projects from his base in the northern Sierra Nevada mountains.